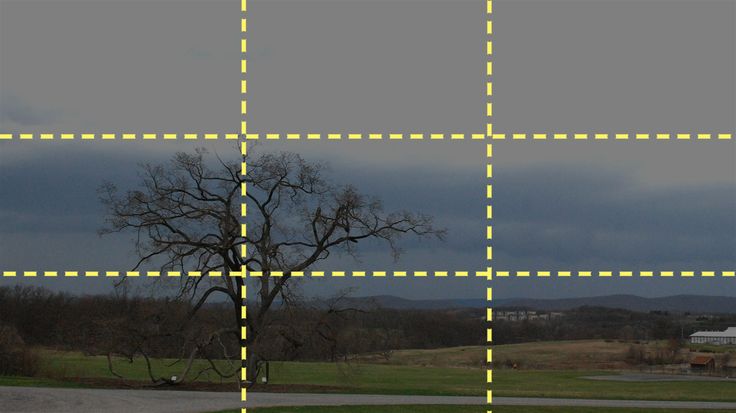 The rule of thirds is one of the most basic concepts in video production. It helps you create more balanced and professional-looking videos by using a simple grid overlay to help you place your subjects and elements.

In this blog post, we’ll explain what the rule of thirds is and how to use it in your own videos.

What is the Rule of Thirds in Photography and Video Production?

This can create more balance and interest in the image than if the subject were in the center. Additionally, it can help to create leading lines that draw the viewer’s eye into the image.

When applied to video, the rule of thirds can help to create more visually interesting and engaging shots. For example, instead of putting the main subject dead-center in a shot, try framing them off to one side. This can add a sense of dynamism and movement to your video.

You can also use the rule of thirds when composing your shots, keeping in mind where you want the viewer’s eye to be drawn. By using the rule of thirds, you can produce marketing videos that are more visually appealing and likely to capture viewers’ attention.

This simple guideline can help to create more balanced and interesting compositions, and it is often used by professionals to great effect. In recent years, the rule of thirds has also been adopted by many amateur photographers and videographers, thanks to the proliferation of digital cameras and editing software that make it easy to crop and adjust images.

While there are no hard and fast rules in photography, the rule of thirds is a good starting point for anyone who wants to improve their compositions.

When Does the Rule of Thirds Not Apply?

The rule of thirds is a classic principle of composition that can be applied to many different types of visual media, including video production.

However, there are also times when the rule of thirds does not apply.

For example, if a scene is set in a claustrophobic space or if the action is taking place in a very small area, the frame may need to be tighter in order to create a sense of tension or unease.

Similarly, if a character is looking directly into the camera, it can create a more intimate or confrontational feeling than if they were looking off-screen.

In these cases, breaking the rule of thirds can help to create a more effective and impactful video.

What Else Can You Do to Improve Video Production?

Good video production doesn’t happen by accident. In addition to following the rule of thirds, there are a number of other steps you can take to ensure that your videos are compelling and professional-looking.

Consider the set. Is it clean with plenty of natural light? Are there any distractions that could take away from the message of the video?

3. Be Aware of Lighting and Sound Quality

Pay extra close attention to the lighting. If possible, shoot during the day or in a well-lit room. Avoid backlighting, which can create harsh shadows and make it difficult to see what’s going on in the video.

4. Use a Tripod for video production

Use a tripod or other stabilizing device to keep your camera steady. This will help ensure that your footage is smooth and free of jarring movements.

5. Optimize the Video to the Platform

One important thing to keep in mind is that each platform has different specifications for video size and format. For example, YouTube recommends videos be in MP4 format with a 16:9 aspect ratio and a minimum resolution of 1280×720. Failing to optimize your video for the platform you’re using can result in poor quality or even cause the video to be rejected.

By following these tips, you can create videos that are not only visually appealing but also sound great and are optimized for whatever platform you’re using.

Have you tried using the rule of thirds in your own videos? What tips do you have for beginners?

How Technology Is Associated with Social Isolation
What is Li-Fi? How does it work?
Comment