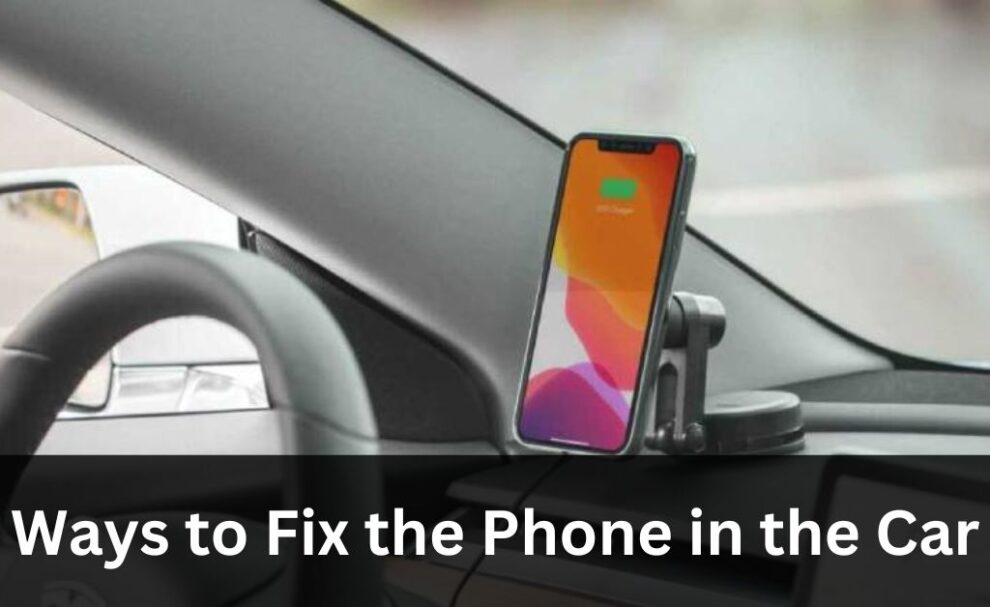 Smartphones have firmly entered our lives. They are very useful in the car comprising navigator, music, and call options. However, you can’t hold a smartphone in your hands while driving. How to properly secure a smartphone in a car — we will tell you in this article.

Holder in the deflector

Many different devices can be used, but the simplest of them is mounting on the deflector of the car with a special clothespin—retainer. The advantages of such a mount are quick installation and disassembly without leaving traces in just seconds. This can be useful when used in a rented car. It is unlikely that the owner of a car rental salon will be happy if you leave him scratches or traces of glue – especially if you use a premium car rental program, for example, exotic car rental dubai. Therefore, consider this method when hiring a car.

There are two types of fasteners. The first uses a classic clip — the user needs to place a smartphone in it and fix it on their own. The latter is more convenient since they use a magnetic fastening method. With them, it is enough just to bring the smartphone to the mount, and it will fix itself. A metal plate is supplied as a fixing element in the set of such fastening. It needs to be glued to the back of the smartphone, but there is an alternative way easier — just put it under the case.

One of the easiest ways to fix the position of a smartphone in a car is its location on top of the dashboard. However, when moving, the gadget may slip off it. To prevent this from happening, you can use a special rug with a ribbed surface. Its use is extremely simple — you just need to put the mat on the panel, after wiping the dust from it and place the smartphone on top.

The ease of use of this method is a plus, but the mat still does not completely solve the problem. When the car turns and shakes violently on an uneven road, it can also slip, at the same time taking a smartphone with it. In addition, the gadget screen will not be visible on the mat, and you will still have to take it in your hands and distract yourself from the road.

Suction cup mount on the windshield

The driver can position the smartphone taking into account his height, as well as fix the smartphone closer or further from the eyes within the cabin. In addition, this type of fastener allows you to rotate the gadget relative to its axis, which adds even more convenience and options for the final position. The suction cup mount can be adjusted for a variety of placement options, but do not forget — the longer the distance from the suction cup to the smartphone, the more vibrations will be transmitted to it when driving on uneven roads.

It usually consists of two halves with magnets, on the reverse side of which an adhesive base is applied. One half must be glued to the surface of the cabin, the other must be fixed on the gadget itself. And although the design is quite simple, the magnet holds the smartphone quite firmly. In addition, when using such a mount, the smartphone can be rotated along the axis without fear of falling.

We have listed the most popular phone mount methods that are suitable for different cars. Often people while choosing between a taxi and a rental car need to take a taxi because it is inconvenient for them to drive without a navigator, especially in some unfamiliar locations. Using some options from our article you won’t have to take a taxi if you prefer car rentals, for example