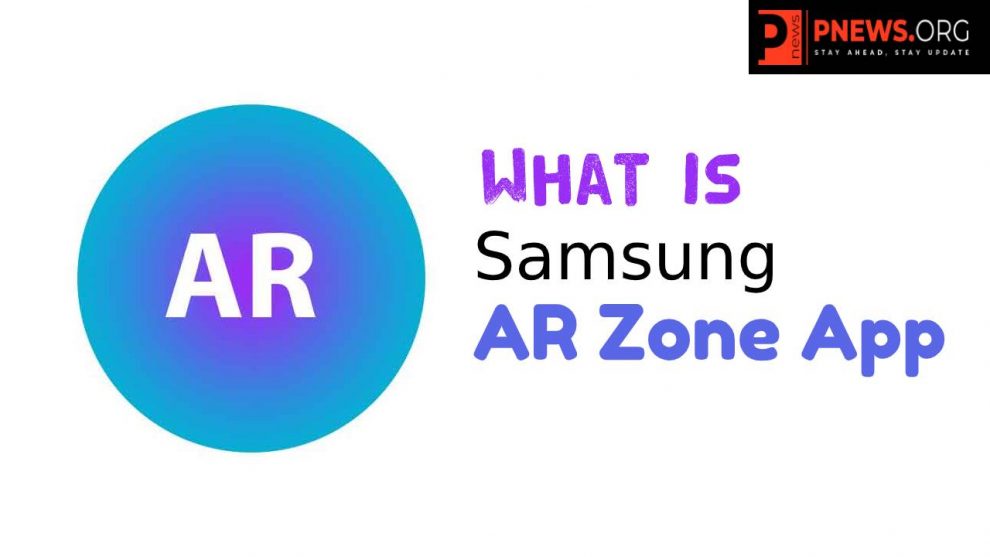 Have you recently bought a Samsung phone? Are you looking for a guide to acknowledging the usage and what is AR Zone app? Then, let’s make it clear, accessing the Augmented Reality Zone is pretty simple and easy. You don’t have to waste an ample amount of time to learn its basic specifications.

Well, Samsung has always been one of the top-leading smartphone manufacturing companies, when it comes to introducing high-end features. Likewise, the app store optimization have included an AR Zone Android in the Google Play Store, specifically for the Samsung Galaxy series users.

Moreover, numerous features have been deployed in the AR Zone app for the convenience of Samsung users. So, if you are one of them, here’s good news for you! Now, you can make creative doodles, change the cloth pattern, and even add character-based emoticons in the pictures. With the assistance of these one-stop-shop applications, you can now perform a lot more.

However, if you are not a tech-savvy person, you might require appropriate instructions to utilize the AR Zone app’s reality-based features. So, here is the detailed features that have been included and what is AR Zone App.

What is the Prime Function of an AR Zone App?

In this globally competitive market, there are various mobile manufacturers who are implementing exclusive features to make the device worth buying. And, in this aspect, Samsung is indeed a tough competition. When it comes to the latest applications, Samsung has recently incorporated the AR Zone app. Almost, every Samsung user can now access this app by just downloading it from Playstore.

Technically, AR Zone Android software holds the capability to offer AR-associated functionality such as recording high-resolution and fun videos. Moreover, this app comes with an accessible user interface which will enhance the user experience. AR-related applications not only enhance the engagement of the users. But also, these sorts of apps are highly responsible for paving the way for customer satisfaction in a vivid and explicit way.

Before you get to know about the AR zone features, it is important to acknowledge in which Samsung models, AR Zone is available. Primarily, the latest Samsung models including :

You can now draw 3D figures using this app. And, if you own Samsung Note 10 and Note 10+, it lets you draw your preferable pictures or characters using the S Pen. This app is familiar with Snapchat, but lets you use certain additional features apart from just capturing filter-enabled pictures. Utilize your leisure time by accessing this app.

After the completion of the downloading process, simply step ahead and choose the Samsung folder. Inside the Samsung folder, you will get the prominent existence of the AR Zone. Tap on the AR zone app to access its variant specifications.

Technically, there are six features every Samsung user can avail of through the AR Zone android. This includes- AR Emoji Camera, AR Emoji Stickers, AR Emoji Studio, AR Doodle, Deco Pic, and Quick Measure. Along with that, in certain recently launched Samsung models, you might get a 3D scanner and even Styling under this segment.

Here we are listing the information about the augmented reality zone features, which will provide you an idea about their accessibility:

Let’s start with the AR Zone app camera! With the help of this sort of AR camera, you can now make your emoji version. Additionally, you can extremely indulge in taking pictures and record videos without any hassle using the AR zone camera. This is one of the best possible features that have been so far integrated into the AR Zone app.

The first step is to click a picture of you, your colleagues, friends, or family members whose emoji-version you want to make. Now, go to the “My Emoji” section and find the picture that you have recently clicked.

Along with that, there is a wide range of camera modes the users get to choose from. There are a large number of characters that are available in this AR Zone camera. Even, you can create videos enabling this animation mode. So, turn your imagination into reality within a few taps, using these below-mentioned steps:

That’s it! Now, choose the preferable camera mode to capture memories with the help of the AR emoji app. And, if you are still wondering- “what’s AR zone app” is actually for, here are some more features of it.

Do you love making Doodle arts or have a prolonged interest in doodling? Now, you can showcase your talent using this particular feature. Creating random anime characters or abstract patterns is definitely the most appropriate practice to reduce the stress level. Side-by-side, doodling can bring a drastic change in your physical and neurological state.

AR doodle permits the users to extensively include their doodle art in the background of the clicked pictures. Moreover, the doodles hold the capacity to track the user’s face. Eventually, the already created doodle art will move when you nod your head or even during a slight movement change.

Now, it’s time to explore another AR emoji app! This feature is easy to navigate and specifically designed to make animated characters. Simply, choose your preferable characters, and then put that in while seizing the life moments. This feature massively aided in transforming the dress, hairstyle, sunglasses, and even shoes of Samsung users. So, let’s find out “what’s AR Zone App” and how actually this particular AR emoji app functions. Get your own emoji character following these step-by-step instructions:

Once you complete the emoji customization, tap and hold the Back symbol to apply the other AR Zone android features.

Have you edited your character properly while accessing the AR emoji studio? Do you want to include additional designs to make the character more accurate? Then, choose the “My Emoji” option in the first place. Right after that, simply follow these below-mentioned steps to get acknowledge about “what’s AR Zone app”-

Want to send your own animated stickers to your friends, family, or loved ones? Simply, go to the Dedo pic and bring out your creativity adding lip color, mustache, eye color to your character. Even, Samsung users can implement these animated stickers in the existing photos and videos as well.

Well, that’s not the end! There is also a Home Decor feature, that provides permission to add virtual furniture and other home essentials in the already taken picture. Moreover, the Makeup feature is simply to bring color to your dull face. Styling is another AR zone feature, that lets you try out several sunglass shades to preview a classy look. And, the quick measure feature is for prompt calculation of the overall distance, size, and depth of an object. So, by now, you must have understood what is the AR zone android, so start using these AR emoji apps!