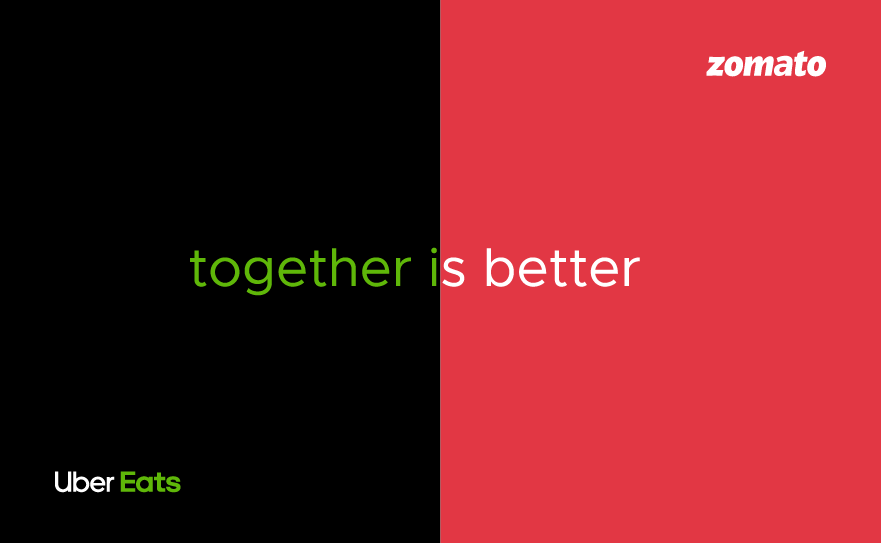 The online food ordering business has been revolutionized by its three main contenders – Zomato, Swiggy, and Uber Eats. Now, Uber Eats has bowed out from the market after selling its business to Zomato.

The deal was finalized and executed on 21st January 2020. This marked off the biggest consolidation for the Indian online food-tech business.

The Journey of Uber Eats

Uber started its food delivery services in India in 2017. During this time, the Indian online food delivery market was already being dominated by Zomato and Swiggy. Therefore, Uber Eats tried to capture the market by providing heavy discounts and promotions.

At first, it helped Uber Eats to capture a 12% share in the market across India. It became a leading contender in states like Kerala, Madhya Pradesh, and Tamil Nadu. Thereafter, Uber Eats started facing heavy losses over the years.

Uber quickly realized this scenario and cut off funding for Uber Eats starting from 2019. Around the same time, it started talks about selling its food delivery division to its competitor, Swiggy.

However, the final deal fell apart due to certain valuation, taxation, and legal issues. After that, Uber tried to strike a deal with Amazon who was planning to enter the market as well. This deal did not pan out as well.

Since Uber cut off funding for its food delivery service during the beginning of 2019, it suffered heavy losses throughout the duration of 5 months, up till December 2019. After the deal with Swiggy and Amazon fell apart, Uber took its offer to Zomato.

Finally, Zomato bought Uber Eats division for $350 million in an all stocks deal. According to the deal, Uber got to have a 10% stake in Zomato. Following the deal, Zomato had acquired all the food delivery partners of Uber along with its exclusive restaurants.

However, Zomato had refused to take in the administration team of over 100 people. Thus, they could be either laid off or transferred to other divisions within Uber.

Currently, the Uber Eats mobile application is diverting its customers to Zomato. It will continue to do so for a period of 6 months. After that, the app itself will be taken off the App Store.

But, Zomato has gotten access to Uber’s customer information and business details as well. This means that your Uber Eats account info will now be used to sign up with Zomato.

How the Uber Eats Consumers will be Impacted?

Uber Eats customers will receive free Zomato Gold membership for a duration of 3 months. With this, they will have access to both dine-in and food delivery orders from the Zomato application. Moreover, they will enjoy a 50% discount on up to 3 orders.

In comparison to Swiggy, Zomato has propelled a little further in the competition for now. Now, it has more restaurants and delivery partners as compared to its competitor.

There are other food delivery services but, most of them are local or not as popular as Swiggy or Zomato. Thus, the Indian food delivery market is now led by Swiggy and Zomato.

Additionally, acquiring Uber Eats has helped Zomato to rapidly spread its reach in the Southern part of India. This includes states like Tamil Nadu, Kerala, and Madhya Pradesh. However, it seems like there will be fierce competition between Swiggy and Zomato for quite some time. Therefore, consumers can expect to receive more promotions, offers, and benefits.

The online food delivery market is now being led by Zomato and Swiggy, due to the exit of Uber Eats. Both have their own exclusive restaurants, promotions, and offers. However, Zomato is a bigger platform where you can discover restaurants and get dine-in discounts. This is available through the Zomato Gold membership. In comparison, Swiggy can be functional as a food delivery app only.

Moreover, Zomato has a better share in the market due to the acquisition of Uber Eats. Many have speculated that the online food delivery market could turn into a monopoly. This can be the scenario if Swiggy fails to retain its customers. Meanwhile, users can continue to enjoy bigger and better discounts on both these applications.