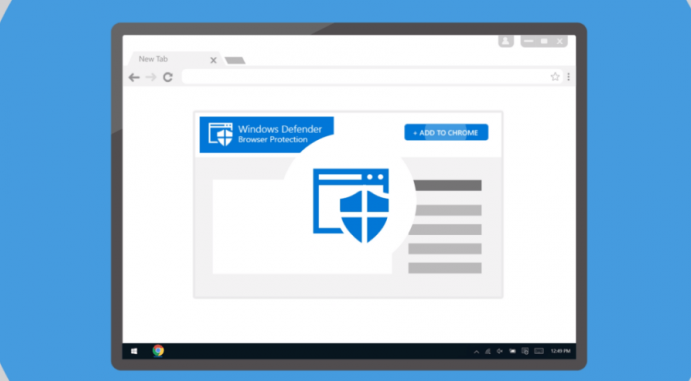 Microsoft has released an antivirus scanner for Google Chrome that blocks the browser from accessing malicious URLs. According to NSS Labs 2017 Web Browser Security Comparative Reports, Microsoft Edge blocks 99% of the phishing attacks whereas Google Chrome blocks only 87% and Firefox blocks 70%.

Microsoft is bringing the same level of protection to Google Chrome via an addon, called Windows Defender Browser Protection.

If you are using Windows 10, then Microsoft Edge already has this protection. However, Google Chrome, you can simply install the addon to get better protection from phishing.

Suppose you want to access a known website by typing its URL in the browser’s address bar. You make a small typo and you do not notice it.

In some cases, the erroneous address can take you to a website that looks similar to the website you want to visit but is not the real one.

According to Microsoft’s website dedicated to browser protection at browserprotection.microsoft.com, such sites can be phishing sites.

Sites posing as your bank website, intending to steal your username and password. These websites are often accessed by mistake, or by clicking malicious links. Once you share your private information on such websites, these are collected by cybercriminals and used.

With Windows Defender Browser protection addon, you can be assured that most such links are blocked.

You will get a large red screen, same as what you get on Microsoft Edge, telling you that the site has been blocked. A link to go back to your homepage is also provided.

Socially engineered malware is another very common type of malware. These are spread from links in emails and social media posts that often look like someone you know has shared something with you.

According to Microsoft’s example on their browser protection website, it can be an email with a link to cat videos that you have received from a friend.

However, it may be sent by some cybercriminal and you have not checked that email address. The malware will be downloaded on your PC, appearing to be a video file.

If you have an active antimalware solution on your phone, it will be blocked at this point. However, without a functional antivirus, or with an outdated one, the malware will execute on your PC.

It will then install multiple malicious programs, adware, coin miners, or even download ransomware. However, Windows Defender Browser Protection can block link right in the browser, preventing the download in the first place.

What does it mean for Microsoft?

With this browser add-on, Microsoft is trying to show users of Google Chrome the features of Edge. Microsoft Edge still gets ignored because of Microsoft’s poor track record with Internet Explorer.

With Windows Defender Browser Protection, Microsoft is adding more visibility to the features of Windows 10. Microsoft Edge is claimed to be much more secure than Firefox or Chrome as it is tied closely to Microsoft’s built-in antivirus for Windows 10 – Windows Defender.