Gone are those days when you have you place your router here and there and check for the signal strength all around your home. Now, using mathematics, you can determine what is the best place to put your router.

Physicist Jason Cole has used mathematics to figure out a formula that can be used to find the best location for the router. The best spot completely depends on your floorplan and the router you are using.

Still, since all routers emit radio waves, Jason was able to model how these waves will travel through your room. 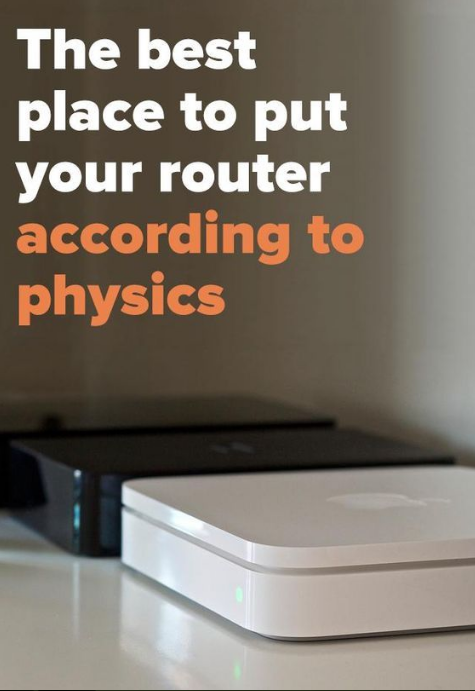 Cole wanted to optimize the Wi-Fi signal at his home, and being a physicist, started working on the math.

To do this, first, he made the floorplan of his place and assigned refraction values to the walls.

As electromagnetic waves pass through the walls, they refract, just like light through glass or water.

Then, by using Helmholtz equation, he could model the electromagnetic waves that were being emitted.

Cole shared the mathematics in his blog post at jasmcole.com. His initial results were unsurprising.

The best spot for the router was at the center of the room. But this often does not give the best results.

Moreover, it is also not always feasible if you do not have the power points.

Then, to investigate further, Cole added the nature of the walls to his equation. This means walls made of different materials will refract the waves differently.

Materials such as concrete stop perfect reflections from the router that forms a standing wave.

Also, he concluded something we already know. The further away you are from the router, the worse the signal. But then again, how can you find out which is the best place for your home?

Maybe you want the Wi-Fi signal to be strong in certain areas – such as the living room and the bedroom and not so much in the kitchen or the staircase. When where do you position the router?

Just for this reason, Cole even made an Android app. It’s called Wi-Fi Solver FDTD. Using this app, you can get the best position of the router given your floorplan.

The app takes as input the position of the router and the floorplan and generates the signal strength (or how the signal fades) throughout your home. This is a neat way to understand the Wi-Fi signal strength of your router in different areas. The app’s user interface is a little cluttered and performance is not quite up to the mark. But then again, it gets the job done.

One word of caution, however. Different electromagnetic frequencies disperse differently. The 2.4GHz signal will go further than the 5GHz signal.

So, if you are using Wi-Fi AC or Wi-Fi AX band, then your signal strength will drop further with distance, even though AC and AX are capable of faster transfer speeds.

So, it is important that you understand the difference between signal strength and the speed of transfer. One is useless without the other, but both are not the same thing.

How to Reset a Router? Quick Hardware Settings Are On Your Way
The Best Secure Routers to Buy in 2018 | Have a Safe Networking Today!
Comment