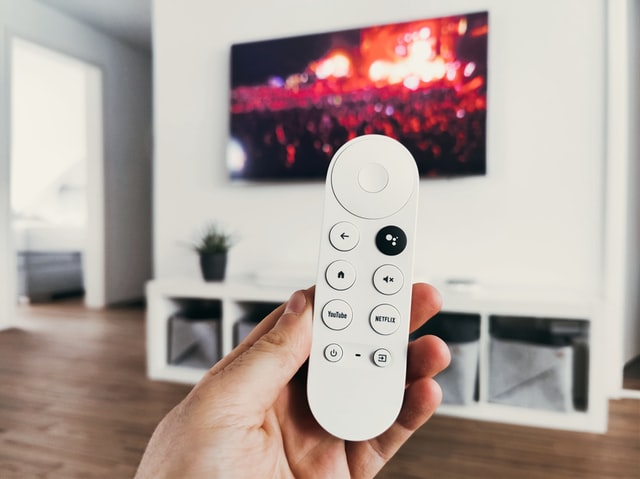 This fast-paced life and cut-throat competition of today’s world have brought people to the brink of insanity. The excruciating cycle of working day and night has reduced a normal human being to a robot who is following a mundane schedule every day. People have no time for themselves or their loved ones. However, this living style was changed last year when the world was hit by one of the most disastrous tragedies and health crises of the modern age, which was the COVID 19 pandemic. People were stuck in their homes everything from offices, businesses to educational institutes were shut down. This resulted in a global shift to remote working and people being stuck in houses. Now they have time but the means of entertainment are almost nonexistent.

This has also created another panic situation and because of these reasons, the general public who was already in a health crisis is also facing mental health issues. In times like these when the mediums of entertainment are drastically reduced, the only thing which is available to a majority of people is the internet and cable TV services. These are a few of those mediums that are still helping humanity in a number of ways.

While the internet is helping people work from home, get online education, and provide means of entertainment through options of online multiplayer gaming and streaming services. Besides the internet, the major chunk of entertainment responsibilities is held by Cable TV which is still the primary source of entertainment for many people especially old school consumers who don’t like these streaming apps and are stick to their local cable programming to watch their favorite shows, movies, sitcoms, news, and live broadcasts of sports and daily happenings. This is why we have seen a drastic increase in cable viewership, something which hasn’t happened in the past eleven years. Although, many analysts believe this trend to be temporary and will soon die down as many key factors are proving fatal for the survival of cable TV.

The constant dip in the number of cable TV subscribers is ongoing for the past 11 years. Although cable companies like Optimum are trying to take measures like reducing costs or launching their streaming apps to remain in the game, nothing has seemed to cut down this trend. Taking Optimum tv packages into account, you can get a huge channel lineup including HD channels and premium services at affordable rates, but that is not enough to stop people from cutting the cord. This trend started in 2012 and if we observe closely the happenings of that year can clearly infer that this was the year in which streaming services blew up in the shape of Netflix. Netflix is the pioneer the started this trend of streaming platforms with almost 214 million customers worldwide. It is one of several other streaming platforms that are giving cable TV a run for their money. Many consumers are adopting these streaming services in favor of their cable TV subscriptions which has now been termed cord-cutting.

The trend of cord-cutting is a major threat to cable TV services and has proven to be a significant reason behind its consistent downfall over the years. Through cord-cutting users aim to save their costs, the hassle of different cables and TV boxes, portability issues associated with traditional cable, and the major hurdle of not enjoying the same type of services in different locations. These issues were some of the core drawbacks of cable TV which streaming has perfectly exploited and improved on which is why people are preferring to go for these platforms. Despite being the major reason for cable’s downfall, we need to look into the details of these factors that have culminated to become a major threat for cable TV.

While we have already established the fact that the trend of cord-cutting is the major factor behind the significant and consistent decline of cable TV, but there are a few details that are making this trend grow rapidly in size and pace. Those key factors are actually the ones behind this downfall of cable and here we are going to discuss them in detail.

A major reason why people are adopting the trend of cord-cutting and ditching their cable subscriptions is because of the cost associated with cable TV. A cable TV subscription doesn’t come cheap, even a basic package can range from something in between $30 to $60. This is excluding taxes, surcharges, equipment rentals, installation charges, and other miscellaneous costs. Add some premium channels into the mix and the bill can easily range from $150 to $300 just for the cable. While on the flip side, streaming services cost a few bucks ranging anywhere from $10 to $15. Plus it makes no sense for users to pay this much for an extra service that they can avail of over the internet, something which most of them already have.

Portability and Ease of Use

One other thing that has become a major drawback of Cable TV is that it is not portable and users have to stick to their TV screens in order to watch their favorite content. But in this fast-paced life nobody has time to remain in front of their TVs, people now like to watch content on their laptops, smartphones, and tablets, an option you can’t get with traditional cable. Portability has become a major plus point for streaming services as there is no infrastructure required for streaming platforms, they can be watched at any place, anytime on any supported devices like smartphones and smart tablets. Plus whenever moving places there isn’t any need to cancel or move the service or to set them up in another place, simply the app needs to be installed on new devices and there are no restrictions on the number of devices.

While not every technology in modern times is long-lasting and is improved over time, we didn’t see any such case with cable TV. All the advancements made in this field were almost done and dusted by the end of the last decade and there was nothing left to improve. This allowed competitors of cable TV to gain a major upper hand on it in a very short period of time. Now streaming TV and apps have a plethora of content that is constantly upgraded to add new movies and TV shows, plus with the closure of cinemas at the moment most new movies are also being screened through these platforms. With features to record, pause and rewind live streaming TV and shows along with many other cutting edge new features have made cable TV a thing of the past with modern generations going to alternatives like over the internet TV and Streaming Apps, the biggest competitors of cable TV.

Although, cable TV was a technological marvel in the entertainment industry and has given us quite joyful years through its content over time. But it is also a fact that cable TV is way past its prime and now competitors especially internet-based services are rapidly gaining momentum in a bid to take over this entertainment platform. Although the downfall of cable is consistent and almost certain, it will take time to completely replace such an influential platform and according to cable TV still have a decade at least before it gets completely overrun.

How to Pick A New Domain Name for Your Website ?
How to Update an Amazon Echo dot- Detailed Information!
Comment