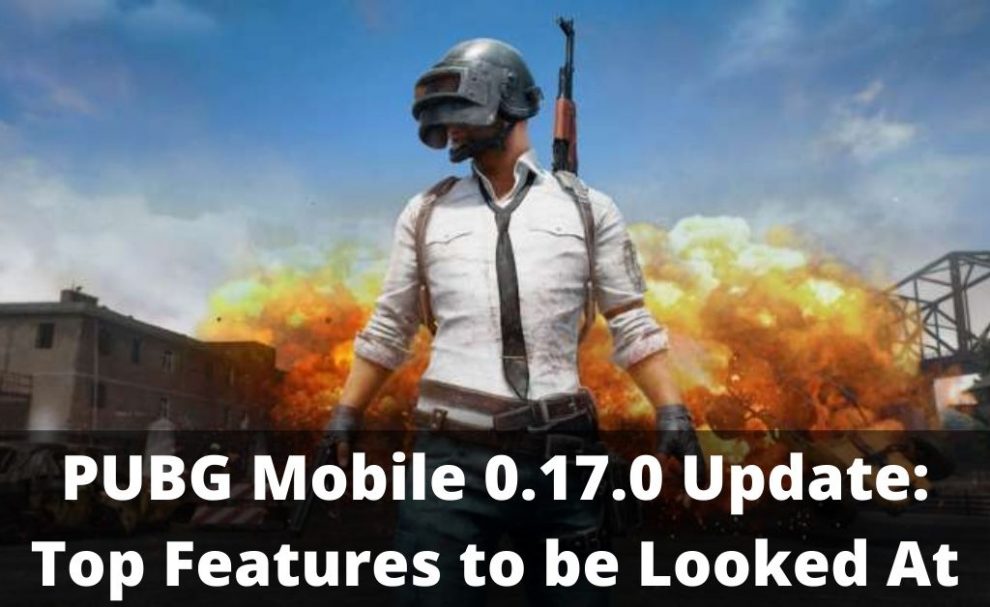 PlayerUnknown’s Battlegrounds or PUBG is the most popular battle royale game that was initially released for PC and console. Later it was separately endorsed and developed for mobile versions by Tencent Games. Thus, PUBG Mobile came into play.

Since its initial release, it has garnered over millions of players from around the world. It is exceptionally popular in Asian countries like India, China, Japan, and South Korea. Currently, PUBG Mobile is on its 11th season and its version is 0.16.5.

The upcoming PUBG Mobile 0.17.0 Update is going to introduce some long-awaited features and interesting modes to the game. Here are some of the details that have been seen in the Beta version.

The Beta version saw the introduction of Death Cam, which has been a favorite feature in the PC version of PUBG. With the help of this feature, players will be able to see a replay of their death from the enemy’s perspective.

PUBG Mobile 0.17.0 is also set to introduce an ‘Extreme Cold Mode’. Here, you have to survive in the harsh conditions of winter in Vikendi.

There is a timer that will notify you whenever a snowstorm is about to come. Accordingly, you have to find wood, food, and shelter to battle against the cold. You can hunt animals as well during this mode.

This is an interesting mode where high ranking players can play with low ranking players. It was introduced for experienced players to help and teach the beginners. Accordingly, new rewards and achievements were added for the same.

Other Game Additions and Improvements

Moreover, vending machines have been added to various maps. This feature has been taken from the original PC version where you can get supplies and attachments. A new gun called DBS has also been added. It will be a special weapon that will be available in Air Drops. The gun packs will comprise 14 magazine size, 12 gauge shells with a 100-meter target range.

Also, the Quick Chat option will be replaced by a Universal mark system. This will allow players to give various commands based on their circumstances. For instance, it can be used to mark supplies when near an item. During combat, you will be able to mark distance and give out commands for team cooperation.

Apart from these, some major improvements have been made to gameplay and performance. Players will now get the option to choose 90 fps with ultra audio settings on their smartphones. The Dacia and UAZ have been modified to look better than before. Hence, you will be able to modify your teammate’s mic and audio in-game as well.

Another big improvement was done to UZI as well. You will now be able to attach red dots and holo sights onto the gun. Overall, the FPS gaming experience has been improved as well.

PUBG Mobile is becoming better with each update by introducing new features and improving gameplay. For the most part, it is slowly incorporating the PC or console version onto the smartphone platform.

Currently, there are various features from the PC version that is yet to be introduced in the mobile version. The most awaited Erangel 2.0 map is yet to be released in PUBG Mobile.

Download from the link above the OBB game files.
Open your phone file manager and click the file to be downloaded
Android Litetrunk No73 0.17.0.11047 Shipping Google CE.signed.shell.apk

The update will be about 192 MB in size PUBG Lite 0.17, and that aspect was confirmed officially by the posting.

How do I update PUBG Mobile 17?

1. Download APK files first from the above links.
2. Find and install your APK file on your system.
3. Enable the ‘Install from Unknown Sources’ before you go any further.
4. After that you’ll have to download the APK file….. Install PUBG Mobile and play it.
FIFA 21: Release Date, Price, Pre-Order, Features & Much More
Live Casino – what’s it all about?